According to the legends passed for generations among the races inhabiting Elysium, Elytronite is a magical crystal sent from the sky by the gods. It is said to possess powerful energy and is believed to bring good luck and prosperity to those who obtained it. Within the game ecosystem, Elytronite is used as a soft in-game currency and to reward free-to-play users for their activity and provide a healthy game economy. It is a highly sought-after commodity and is greatly valued by players. 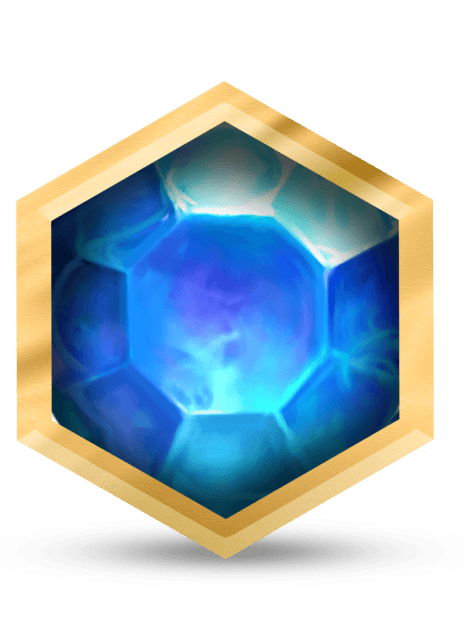 Elytronite cannot be purchased in the Store, it can only be obtained in-game for actions such as Daily Login, completing Daily and Monthly Quests, or completing specific Achievements. Players can use Elytronite to purchase assets available in the Store such as Standard Packs, additional deck slots, Adventure campaigns and other assets, increase hero level and other features.