The Boards are the battlegrounds where the match takes place. Opponents are located opposite each other on board with hex fields. This will create the additional element of strategy from classic card game productions.

Each Board will have a different shape or elements that occur on it. New boards will be added periodically as the progress of game development continues. The main objective of the battle is to defeat your opponent. Each turn players will draw a random card from the top of their decks and terraform adjacent to their lands or units hex into a Land of their choosing.  Unit cards can be played only on lands built by the player, unless specified otherwise on the card itself. Units deployed on the board can move only through unoccupied hexes terraformed by either of the players, one hex at a time. Fight between units can happen only, if they are standing on adjacent Lands, unless the unit’s special ability states otherwise. Strategic element is the vital point of Legends of Elysium. With a combination of random elements during the battle, such as drawing cards from the deck, each game will be a new challenging and exciting experience for players.

Each board will have a different appearance and may contain different mines and special fields, but each board is based on the same template made of hexagonal fields. Boards were designed to be easily modifiable through the database. Example of the board is presented below: 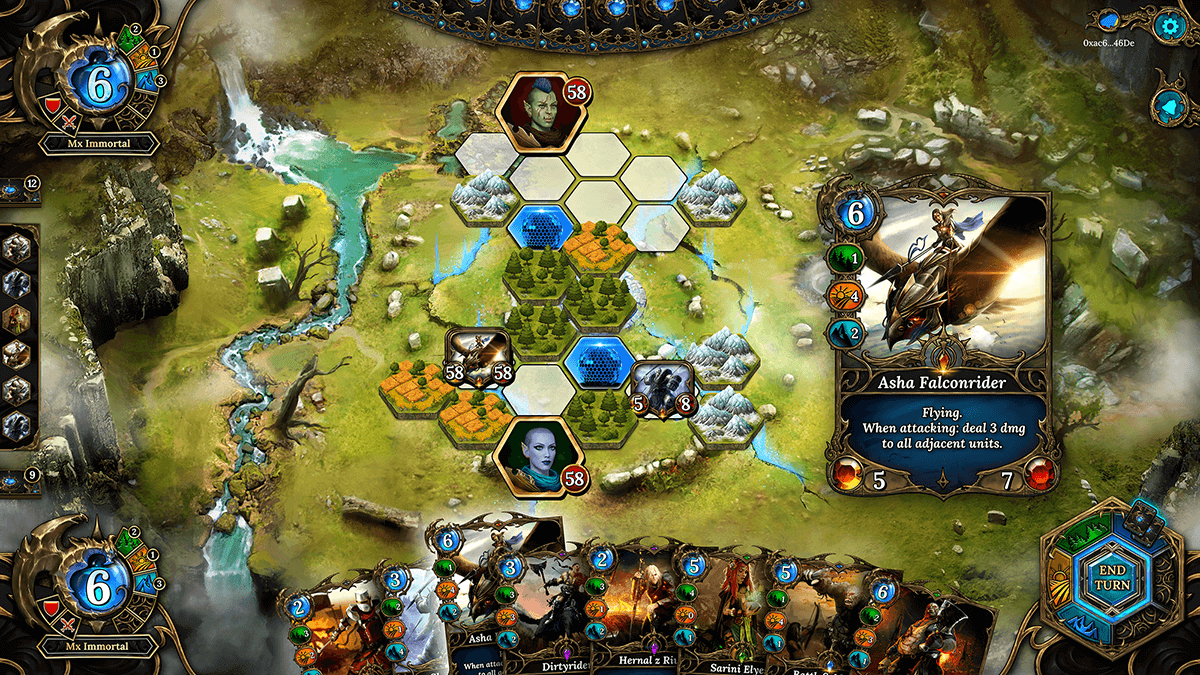 Boards can be modified in the database by: 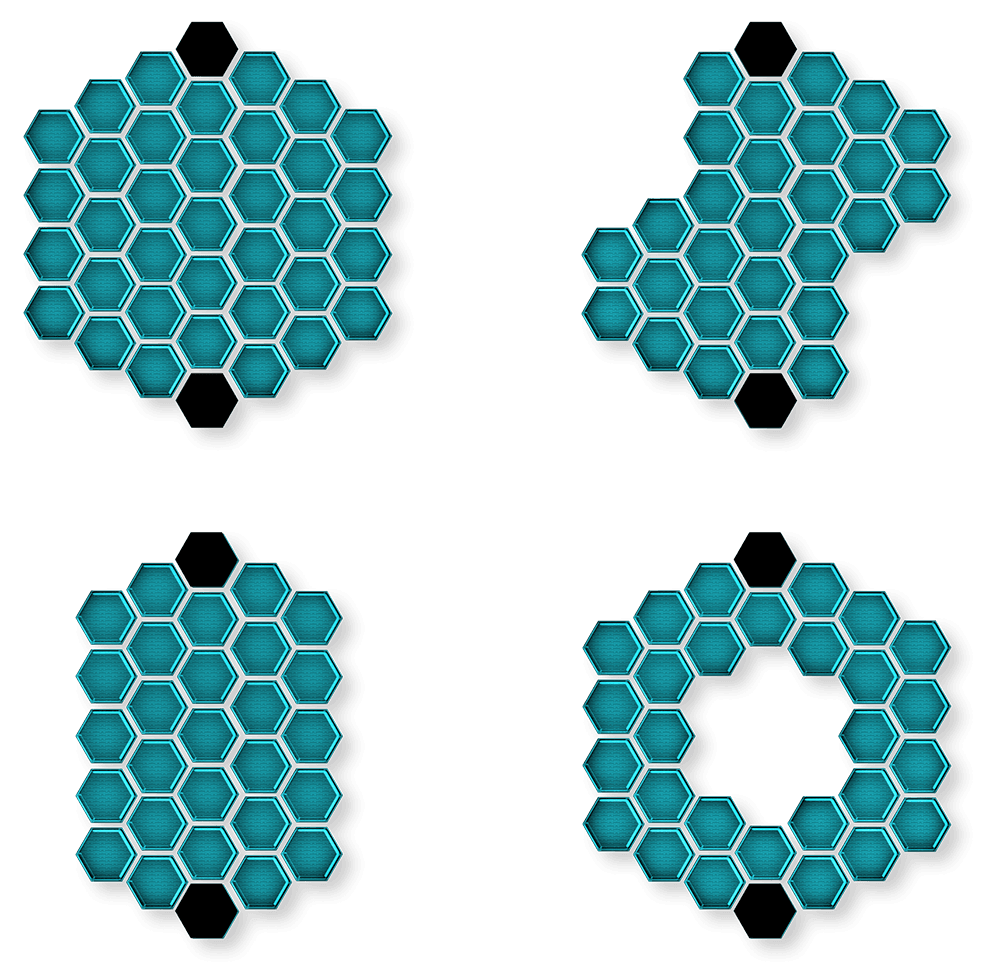 There may be special fields on the board, which give blessings to the player controlling them at the start of his turn. Each special field can have different ability, such as: 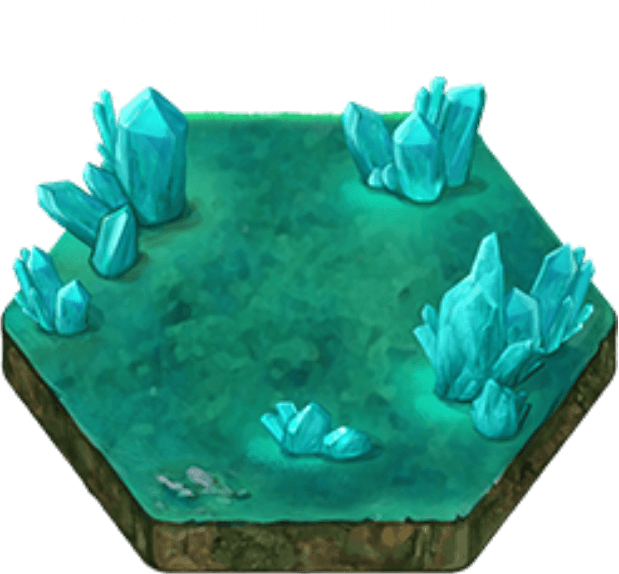 In addition to special fields, one time bonuses are also available on the boards. Upon entering such a field by the unit, the active player receives the blessing associated with the given bonus. One time bonuses give various bonuses such as:

Lands where the player’s units can be placed are determined by the type of the empty land of the active player on the game board.

A forest unit can only be placed on an empty forest hex controlled by an active player.

Mines are special elements of the boards that give players various passive bonuses. Each board may have up to 3 mines assigned to them, and different boards may have mines providing different bonuses.

Activating the mines requires a player to bond his tokens with the mines of his choosing. The strength of the bonuses received from a mine, depend on the number of tokens bond with that particular mine. The amount of tokens allowed to be bonded with each mine is limited per player. Tokens locked in the mines can be unbond by a player at any given time, following the unbonding rules.

Players can bond tokens with a maximum 2 out of 3 mines available on the board.

Boards Validators are the players who through their commitment gained the chance to purchase an NFT representation of a game board, and upon its purchase were rewarded with equivalent of a premium account. This kind of premium account is temporary and expires over time.

Board Validators are the players who own the board and, as a result, earn additional rewards such as automatic whitelist spot for all actions (excl next Boards), extra daily Elytronite, daily LOE tokens from a designated part of the game treasury and other in-game benefits. New boards will be limited and available to purchase periodically in the form of NFTs by the members of our community who contributed the most to the game ecosystem.

In the beginning, there is one existing board in the game called Genesis Board.  By default, it has level 2, and players who own it get a share of daily rewards.

If a player owns both Genesis Board and Deathland Board, they will benefit from both boards separately.